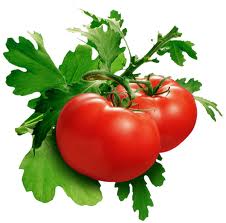 A Near Miss on a Hot Summer Afternoon - 1967
It was 1967 in Southern Indiana.  I was 14 years old and wanted a summer job.  My good friend, Dana, had worked for a couple of years for a tomato farmer.  He had a large field of tomato plants along the floodplain of the Ohio River.  She thought the guy would hire me on for the summer and I was game.  The pay - $1.00/hr.  My folks probably thought it would be good for me to work in the hot sun all day, get my hands dirty and earn a little spending money.  I learned a few things that summer.  I learned how to grade tomatoes and put them in boxes according to their grade (take me to the grocery with you and I will find you a perfect tomato).  I learned which tomatoes were ripe for the picking.  I learned to wear a scarf on my head to keep the sweat out of my eyes and to drink a lot of water – it gets really hot in southern Indiana.
I also learned how to get out of the way of a moving car.
My guardian angel has a big part in this story.
I had been in the field picking tomatoes for most of the morning.  At lunchtime, John (the owner) drove his station wagon down the lane and picked us all up.  He then headed back to the tent where the grading took place and we had about a half an hour to eat our bagged lunches.
When he stopped to pick me up, the station wagon was full, so I hopped onto the open tailgate.  John had reached the end of the row, so he had to back the car all the way down the row to get back to the tent.  If you get the picture, I was now at the front end of a moving vehicle.  We hit a big bump on the dirt path and I was pitched off the tailgate.  The car was moving rapidly and I had about a nanosecond to act.  I threw myself into the ditch on the side of the road as the car whizzed past.  It came to a screeching halt as all the girls in the car started screaming, “You ran over Rita.”  They all jumped out and ran back to find me.  I was lying prone in the ditch, unable to move, paralyzed with fear, but also relieved that my life had been spared (let’s hear it for guardian angels and adrenaline).  John got me up, dusted me off and helped me into the car for the ride back to the tent.  He was quite solicitous toward me, kind in a way I had not witnessed before, and encouraged me to take the rest of the day off.  A friend drove me home, I shared the story with my folks and my career as a tomato picker promptly ended.
In later years, I came to understand the reason John was so solicitous that day.  He was hiring young girls to pick his tomatoes without any workman’s compensation.  I’m sure he wasn’t paying taxes - we were given cash in an envelope each Friday.  If he had run over me that day, he would have been toast.  Of course, I would have been toast as well.  It’s funny, though, I still look back on that job as a good learning experience.
I went on to earn a degree from Indiana University in Psychology and ironically worked in employment for many years making sure people had the benefits they deserved.
John lucked out that day and so did I.  I was lucky for a couple of reasons.  I’m alive today to tell the story, and I was able to get an education which allowed me to achieve things beyond being an itinerant field worker.  I would assert that I was also lucky to have a summer experience that gave me a window into a world where millions of people toil every day of their lives. We have a long way to go in this country and around the world to keep individuals safe from moving cars and immovable owners of illegally run companies.  Guardian angels can only do so much.
Posted by Rita at 9:29 PM