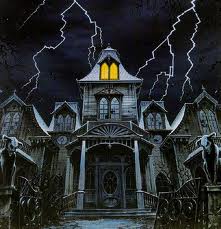 There’s a story that’s told about Halloween night;
The details are sketchy, but oh what a fright.
If you think about ghosts and screeching black bats,
Then add a few witches with pointy black hats,
You'll start to imagine the harrowing scene,
And the facts that led up to the bone-chilling scream.

A figure was seen walking past in the dark,
He had an odd shape; his feet left no mark.
He floated past windows and over the lake,
But cast not a shadow; no sound did he make.
No witness could pinpoint the sight they had seen;
It could have been real or maybe a dream.

So watch where you roam on Halloween night,
If you go out alone, please stay out of sight.
There are scary black cats and goblins out there,
And strange ghostly shadows floating on air -
You might see McGee out taking a walk,
He may tip his hat, but never will talk.

My annual repost!  Enjoy!
Posted by Rita at 6:21 PM No comments: 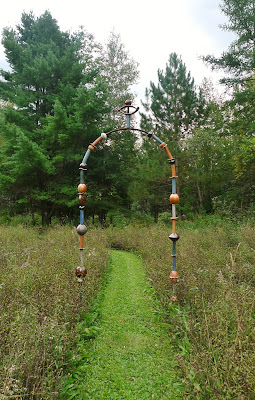 I’ve witnessed bravery,
and it has humbled me,
for it resides in the heart
of a friend.
Posted by Rita at 11:33 PM No comments: 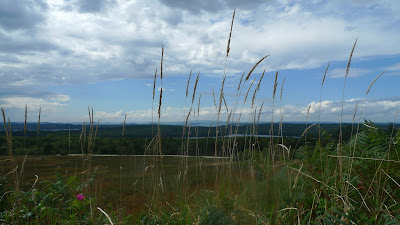 A flower blooms just once then dies;
Breathe its glorious scent,
Admire its vibrant colors,
Touch its velvet petals,

A child is not a child for long;
See her gentle spirit,
Listen intently to her words,
Speak to her with kindness,

The earth gives all she has;
Tread softly on her soil,
Cherish her abundant gifts,
Listen to her heartbeat,

The moon and the stars tell a story;
Look up with wonder and awe,
Breathe the crisp night air,
Hear the lingering silence,

Live fully all your days. 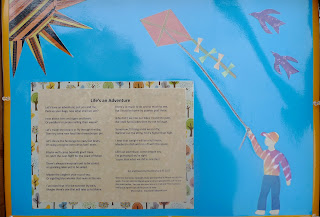 Collage and Poem by Rita Bourland © 2012

Let’s have an adventure; just you and me,
Pack up your bags; now what shall we see?

How about lions and tigers and bears,
Or peddlers in London selling their wares?

Let’s travel the oceans or fly through the sky,
Then try some new food like cheeseburger pie.

Let’s dance the fandango to crazy fast beats,
Or swing a trapeze over circus fans’ seats.

Maybe we’ll camp beneath giant trees,
Or catch the next flight for the coast of Belize.

There’s always a mountain yet to be scaled,
or sparkling lakes yet to be sailed.

Maybe the jungle is your cup of tea,
Or sighting blue whales that swim in the sea.

I’ve heard that it’s nice to travel by train,
Maybe there’s one that will take us to Maine.

There’s so much to do and so much to see,
But I must be home by quarter past three.

Why don’t we ride our bikes ‘round the path,
We’ll tell funny jokes then try not to laugh.

Tomorrow I’ll bring a kite we can fly,
We’ll let out the string ‘til it’s higher than high.

I hear that tonight will be a full moon,
Maybe the dish will run off with the spoon.

Life’s an adventure, some people say,
I’m guessing they’re right
‘cause look what we did in one day!

*I was asked to write a poem about adventure for an event in the community where I live.  I have a display case at a park and families are supposed to find it on a scavenger hunt.  The collage shown above is what I put in my case (poem is included).