Catholics and Random Acts of Kindness 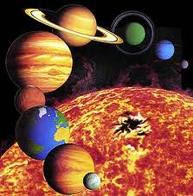 I was talking to one of my sons this week, and we were discussing reparations.  My boys were raised Catholic, but have mostly moved away from religion in the more classic sense.  When they were young, they went to confession with their class at school.  They went into a closed booth with a priest and confessed their sins.  Typically their punishment for fighting with their brothers or making up sins, was to say ten Hail Marys or five Our Fathers.
My son and I were talking about more encouraging punishments, and I suggested requiring 10 random acts of kindness.  The more I thought about it, the more I liked the idea.  Imagine if every time a person felt they had done something wrong, they immediately went out and did 10 random acts of kindness to atone.  I think there might be some cosmic shift toward a more perfect balance of the universe.  Okay, I may be getting a bit too excited about this idea, but I think it has some credence for people of every faith.
I believe in God, but I also believe that goodness and compassion are godly in their expression.  I will continue to randomly act in the hope that my kindness will help to balance the earth's cosmic energy, and replenish my own energy at the same time.
Posted by Rita at 10:30 PM