How Do You Cerebrate?

I wrote this essay for Open Salon which is another site where my blog gets posted.  It's a forum where writers interact and comment on each others' work.  If you would like to read some of the responses you can go directly to the site: 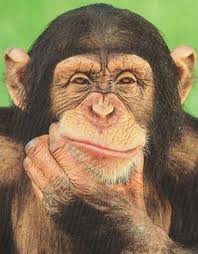 How Do You Cerebrate? – Open Call
On page eight of the introduction to the Autobiography of Mark Twain, Harriet Elinor Smith (one of the editors) speaks of:

“…..the times Samuel Clemens encountered stretches during which he was unable to proceed, and composition came to a complete halt.  Since at least 1871 he had found it necessary, when his “tank had run dry” in this way, to “pigeonhole” his manuscripts.  And he learned to resume work on them only after the “tank” had been refilled by “unconscious and profitable cerebration.”…..”

This was the first time I had ever read or heard the word cerebration and thought it might be a misspelling, but after pulling my dictionary off the shelf, I discovered it is indeed a word.

Cerebrate:  to use the mind; think or think about

It’s a decidedly cool word that I intend to use in conversation as soon as possible.

I think any writer can relate to Clemens need to pigeonhole his manuscripts when his tank had run dry.  I sometimes sit in front of the computer and wait for inspiration to strike.  Sometimes it does, more often it doesn’t.  Rather than write something of little consequence or thought, I should just remove myself to another location and do some cerebrating.

I would love to know the methods Clemens used to replenish his tank.  He mentioned unconscious and profitable cerebration which would lead me to believe he did a bit of daydreaming, found enjoyable distractions, listened to music, smoked a cigar, sipped a bit of whiskey or played with his children.  It took him between three and seven years to complete each of his major books, but once they were finished they were masterpieces.  His cerebration proved to be fruitful and necessary.

So, I am putting out the call to ask all you fine writers on OS how you cerebrate when your tank has run dry.  Do you drink, sleep, eat, jog, daydream, draw, read, walk the dog, pet the cat, call a friend, go to your therapist, go to a movie, cry, sigh or possibly curse?   You can write a poem or an essay – whatever gets the brain moving.  So here’s the Open Call – How do you Cerebrate?
Posted by Rita at 10:30 AM