There But For Fortune 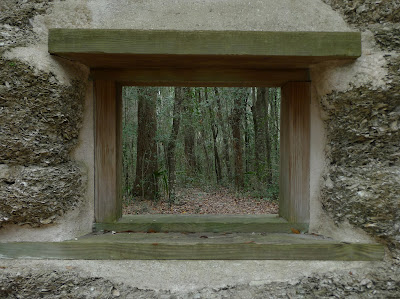 There But For Fortune

Tom (name changed) used to arrive at my future husband’s apartment at odd hours of the day or night.  Mike had befriended him at a coffee shop on campus.  It was 1974.

Tom was a brilliant young man who liked to talk about big issues:  the meaning of life, the state of the cosmos, and occasionally our college basketball team.  But sometimes he wouldn’t talk at all.  He would just sit and stare into space and would be unreachable for minutes or possibly hours.  There were occasions when I would stop by to visit Mike and find Tom sitting on the couch with Mike not at home. We might chat a bit or have no conversation at all.  But because Mike felt safe with Tom dropping by, I felt safe as well.

Word was that Tom lived somewhere on campus with his dad who was a visiting professor.

We lost touch with Tom after a couple of years.  He was from somewhere out east and Mike remembers that he headed home after graduation.  With no cell phones, facebook, or texting, the connection was lost pretty quickly.

We’ve been married 35 years and Tom’s name comes up from time to time.  “Wonder what happened to him?  Hope he’s okay.”

I Googled his name tonight and was saddened to find an obituary.  He died in 1999 at the age of 49 and the obituary made note of a diagnosis of schizophrenia that had been made in his early 20s.  In high school he had been president of his class, point guard for the basketball team and a member of national honor society.  He had also been voted ‘most likely to succeed’.   The last sentence of the obituary was, “There but for fortune go you and I.”

I had been thinking about Tom because of the tragedy at Sandy Hook Elementary.  Mike and I were so young in 1974 and mental illness was not an oft discussed topic like it is today, but I think we both knew that Tom was suffering from something profoundly difficult.  Mike had provided him a safe haven and we both tried to offer him a friendship that was devoid of judgment.  It certainly didn’t save him from schizophrenia but it did offer him acceptance in a world that was most likely becoming increasingly difficult to manage.

So, what are we to do for all the troubled souls walking this earth?

There has to be a safety net: psychologists, psychiatrists, beds on psychiatric units, residential space, good medicines at reasonable prices and a lessening of the stigma associated with mental illness.  There are so many Toms in the world who want and need our help.  Let’s do better by them, because it's the right thing to do, and because there but for fortune go you and I.
Posted by Rita at 10:05 PM