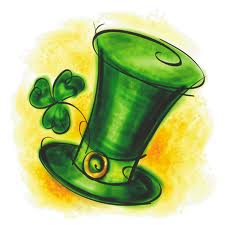 Google Image
Blarney Alert – Finding an Honest Politician
Once upon a time, there was a young girl named Olivia who happened upon a leprechaun.  She had been searching for the end of a rainbow, and never dreamed she would also find a leprechaun standing next to his pot of gold.  A rather disheveled little man was he, sporting a raggedy suit covered with smudges of dirt.  Even the gold in his pot lacked luster.
“What do you want, lassie, out here sneaking up on an old leprechaun?  I’m tired and don’t feel like granting wishes today.”
“But isn’t that what you’re supposed to do?”
“Yes, lassie, tis true, tis true, but I’m worn out.  It’s hard to sort out the blarney from the truth these days.  There are people who need jobs, people who are sick and without insurance, children who are abused.  The list goes on and on and I try to grant as many of those wishes as I can, lassie, but then there are those darned politicians asking me to grant wishes.  One of them had the gall to ask me for another Cadillac the other day.  One wants me to find a vast reserve of oil in the United States before November.  Another one wants me to turn everyone into a Christian and then that other guy wants a diamond ring for his third wife.  I tell you I’m just sick of all the blasted blarney.”
“But, Mr. Leprechaun, I think there are still good people out there.”
“I tell you what lassie; if you can find one honest, hard-working politician then I will grant your wish.”
“I accept your challenge.  We’ll worry about my wish later.  I will return to this spot tomorrow night and I will have proof of an honest politician.”
The young girl headed back home, not telling a soul about her encounter.  She did what any child would do under the circumstances; she got on Google and typed in honest and hard-working politician.  She came up empty-handed.  And then a light went on and she picked up the phone to make a call.
The next afternoon, Olivia headed to the designated spot and found the leprechaun sound asleep.  His hat was askew and one pointed shoe had fallen off in the grass.
She cleared her throat several times before he slowly blinked an eye open.
Standing before him was the young Olivia with another equally young girl.  Grouchily, he inquired about the hard-working, honest politician she had promised.
She pointed at her friend and said, “Let me introduce you to Valerie Simpson.  She is the President of Easterly Grade School Student Council.  In the last year, she has led a drive to collect pennies to help feed the homeless; she has initiated a program at school to stop cheating on tests and has taken a personal oath of integrity.  Anyone who finds fault with her can have a one on one meeting to work out their problems.  She hopes to create a school environment full of honest, hard-working students.”
The leprechaun sized her up and then asked the all important question.  “Do you believe I have the power to grant wishes?”
Valerie said, “I believe in magic, but also know it is important for humans to bring the magic to fruition through their interactions and just causes.  It is the only way things will improve.”
The leprechaun smiled, dusted off his little green suit and turned to Olivia.  “Well, lassie, what is your wish?”
Olivia paused and then said, “I would like there to be two weeks where all women are spoken of with respect.  No foul language or derogatory comments may be uttered and no one can do or say anything to denigrate the integrity of any woman.”
“That’s a tall order, lassie, but I shall grant your wish.”
The next day, a noted radio program went off the air, several politicians, pundits and religious leaders had nothing to talk about and peace reigned on the airways.

The leprechaun washed up his suit, got a haircut, polished up his gold and vowed to keep a more positive attitude.  Olivia had brought him a rainbow of hope and a reason to keep granting wishes.
Posted by Rita at 9:05 PM